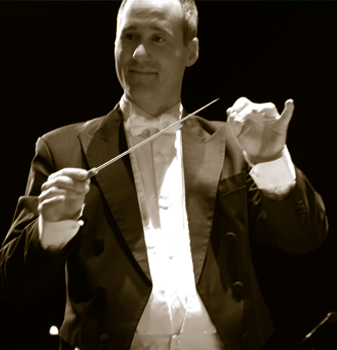 Jean-Pierre is the conductor of student orchestra De Ontzetting of the University of Wageningen, the Kennemer Consort from Heemstede, the A-orchestra of Concordia Oostzaan and the Ridderkerk Symphony Orchestra.

As a guest conductor he has conducted, among others, the Noord Nederlands Orkest, the Netherlands Symphony Orchestra, the Marine Band of the Royal Navy, Ensemble Soloists of the Residentie Orkest and he made his opera debut at the Opera Macbeth.
Jean-Pierre studied the masters in orchestral conducting and music registration at the conservatories of Tilburg and The Hague. He studied conducting with Arjan Tien and Roberto Benzi.
He has also conducted tours in China, Spain, Germany, France, Austria, Poland and Hungary.
He also attended various international master classes from, among others, the Royal Northern College of Music in Manchester.

For 16 years, he has worked as a music director for Radio 4, including for the Evening Concert, and has recorded concerts all over the country. As a producer he has made CDs of the Royal Concertgebouw Orchestra, Residentie Orkest, Netherlands Chamber Orchestra, NEOS, TenToon Ensemble, and others.

Jean-Pierre is involved in Music Education Wijdemeren and teaches music in primary schools. He gives trumpet and piano lessons.